Tokyo Is A City Or Prefecture?

Tokyo is my favourite place where I always would love to go for all of my dream vocational plans. Though Tokyo is not welcoming tourist and central areas are also closed for visitors, but I am here with an interesting question. It is about my travel blog, and I need to know should I include Tokyo Islands in Tokyo Prefecture or Tokyo city?

Actually, I found this source which claims that there is no Tokyo city and it is basically a state. You can read more about Tokyo prefecture from here and can share your views. If Tokyo city is a prefecture, then we definitely call it a city on the international level or even at the local level but most people include it among the list of world's largest cities. Similarly, few have an opinion that Tokyo is a city and prefecture at the same time, which is a little confusing.

Many searches also say that Tokyo city comes with small 'c' and administratively it is a metropolis with several wards, islands and villages. I would be grateful if you share your thoughts with some authoritative links.

Waiting for your responses. 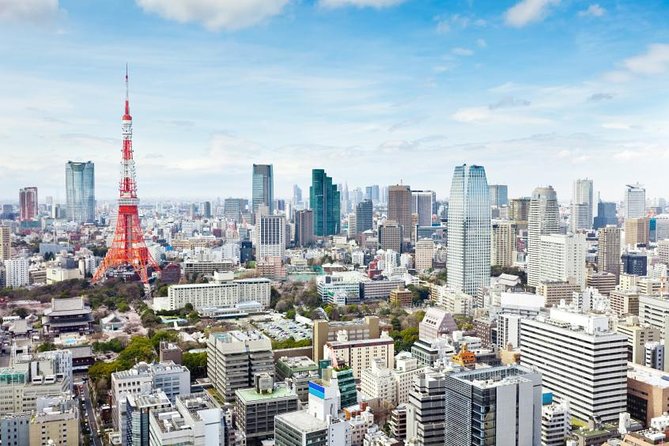 I think it is worth mentioning that the word city gets thrown around very loosely and aesthetically (by everyone). The writer of the link to the article did just that unintentionally. New York is a state, but people who reference it as a city are trying to highlight the most prominent or epicenter of the country's capital. On that note, it is not a big deal even though; technically, some would argue otherwise. Aside from that, I found the writer to be correct concerning Tokyo, a Prefecture. People also refer to it as a city primarily in the context of it being the epicenter of Japan (as Paris, London, and New York City). I appreciated the writer for explaining why Toyko is a Prefecture that is somewhat similar to the states in the USA. A state is a territory/region with its own government and borders within a more massive country. Therefore, by definition of the word state, Tokyo is like a state in which the phrase prefecture is the country's chosen translation for its massive metropolis.

Tokyo is sitting on one of the Japanese main islands called Honshu. No wonder it is the sixth-largest "city" in the world by population, and ranking the number one largest (in the world) in the metro population (citymayors.com confirms that). If you were to go to japan.travel and scroll down, you would see the list of the 47 prefectures. Which individually is consist of vast subdivisions. A metropolitan area (aka metropolis) is a significant city merged with its suburbs and nearby cities, towns, and environs over which the municipality exercises a powerful economic and social influence. I understand all 23 wards (aka Ku), 26 cities (aka Greater Tokyo), five towns, its pacific islands (aka archipelago), and eight villages; each has an assembly and mayor. Every prominent place is called cities predicated on its indestructibility, economic power, aesthetics, civilization, and city-like nature. It must be a choice of translation with a clear understanding of definitions to contextualize the use of the word 'city' appropriately.

Don't be confused; an independent state is a "city-state" in the context of a city with its surrounding territory, and corporate governance. Feel free to specify your tourist experiences in the Tokyo "prefecture" and its metropolitan areas (cities and its other localities). You could find a lot of helpful facts at web-japan.org, I hope this helps clear up some of the confusion.